FRCS: In the Media 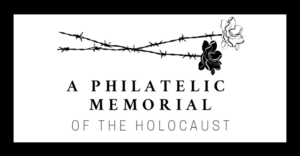 A Walk-through of ‘A Philatelic Memorial of the Holocaust’ Exhibit

About the Holocaust Stamps Project

“[It is] he who numbers the stars one by one.” This phrase, quoting Psalms 147, gave birth to the symbolic title of Lowry’s Number the Stars, a children’s book about a young Danish girl who helped smuggle Jewish families out of Nazi-occupied Denmark during WWII. It also birthed an idea for Foxborough Regional Charter School’s fifth grade classroom in 2009 – of honoring the millions of victims of the Holocaust, with a stamp for each life lost.

Charlotte Sheer, original organizer of the Holocaust Stamps Project, explained the choice of postage stamps:
“A seed of awareness was planted. With a number [of victims] so unfathomable, I challenged the class to try collecting one postage stamp for every person who perished in the Holocaust. Why stamps? They’re small and accessible.
“The intent was to use stamps as a symbol for something of value being discarded, as millions of people’s lives were thrown away by the Nazis.”

What began as a goal to collect 6 million stamps to represent the Jewish victims of the Holocaust, was revised to a goal of 11 million, representing “6 million Jews, including 1.5 million children, and 5 million others in 21 European countries … annihilated by Hitler’s ruthless regime.” The entire school, kindergarten through grade 12, became involved, as did volunteers in the Foxboro, Massachusetts, community. As word spread, donations of stamps came in from 48 states and 24 countries, from individuals, organizations, collectors, and non-collectors alike. Continue reading....