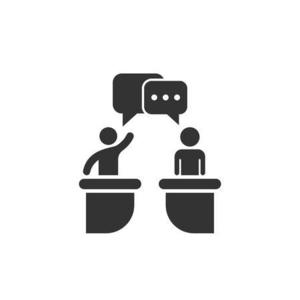 How tough is your FRCS Debate Team?  So tough, that even finding out at 7:40 a.m. on a frigid Saturday morning that there would be no bus taking them to the monthly tournament in Cumberland, RI, the team quickly problem-solved, got everyone there and had another day of walking off with a bundle of awards!  Whose fault was the bus fiasco?  The answer is at the end the end of this article, but first, let's celebrate some amazing results!

The highlight of the day goes to the Varsity team of Junior Katarina Sousa and Sophomore Nina Demirs who impressively came in second overall in the intense Varsity field, qualifying both Katarina and Nina for the state championship in March.  Katarina and Nina were undefeated on the day and were narrowly edged out by an also undefeated team from Barrington, RI for the top spot.  This month's tournament featured teams from FRCS, Barrington High School, the Wheeler School, Cumberland High School, Classical High School, East Greenwich High School and the Lincoln School.

At the Novice level, FRCS debaters captured 6 award spots with the teams of Hannah Kelsey and Areana Martel and Thomas Silva and Izzy Corradini finishing in the top ten and Keaton Miller and Alex Bland (in her first debate ever!) also individually qualifying for the state championship.

The team and coaches Hardie, Roberts and Kinney would also like to shower praise on the parents who have given up their Saturdays this season to come judge the debates - we absolutely appreciate your dedication to giving FRCS students the chance to sharpen the public speaking skills!  Kudos go to Elizabeth Tremblay, John & Larisssa Demirs, Rebecca Martel, Nagarjunam Kancharla, Suman Garhwal and Mike Murphy.  Thank you!  Thank you!  Thank you!

And if you're wondering what the debate team is all about - it's a Parliamentary style one where students come up with the topics which can be serious or humorous.  The key is that students can not use research and must demonstrate the ability to think logically and quickly on their feet, often not even knowing what the topic will be until they walk into the debate room.   Debaters must be quick witted, articulate, organized and able to adapt to a broad range of topics. Among the topics FRCS students debated this weekend were the following:

1) Child vaccinations should be mandatory;

2) The government should be required to release all information about aliens from other worlds;

3) All high schools should be required to have a valedictorian and salutatorian in graduation ceremonies;

4) Bleaching creams should be prohibited;

5) Working age minors should be allowed to have bank accounts in their own names;

6) Radio stations should be limited as to the number of times they can play the same song in one day;

7) Tori is the worst character on the TV show Victorious;

8) Society should not expect women to shave their body hair; and

9) Summer is better than winter

So, how about that bus issue?  Do you really want to know?  Fine. Coach Hardie would like to throw someone else under the bus for it, but since there literally was no bus, he can't metaphorically throw anyone under it and he's forced to admit, he neglected to order one when the location for the tournament got switched last month.  Hardie reports he's hard at work getting one of the FRCS debaters to come up with an argument why it wasn't his fault.