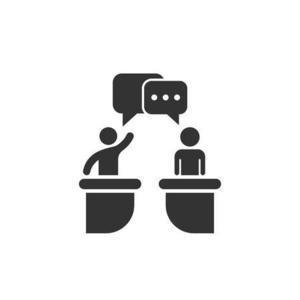 Over a dozen FRCS students are now qualified for the Debate State Championship!

The penultimate debate tournament of the regular season was held in Bristol, RI on January 11th and it was another great day for FRCS debaters who went podium to podium with over 200 debaters from 11 schools.

Finally, four FRCS debate founding member alums found they missed debate so much that they came back to volunteer as judges for the day.  Pictured left to right below are Mitchell Green (FRCS 18, Wesleyan University), Alex Demirs (FRCS ’19, Worcester Polytechnic Institute), Marina Spenciner (FRCS ’18, Worcester Polytechnic Institute) and Alma Jeri-Wahrhaftig (FRCS ’18, University of Connecticut).  We are also proud to report that Mitchell and Alex enjoyed debate so much at FRCS that they have continued to compete at the college level along with another FRCS alum, Sumit De (FRCS ’18, Northeastern University).